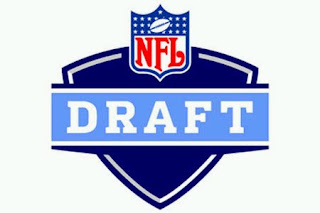 The 2011 NFL draft is only a few hours away. While ESPN and sports radio will be providing analysis and coverage for hours this afternoon, the draft will officially begin at 7:04 p.m. when the Carolina Panthers are officially on the clock. The draft has a much more positive feel to it with the news that the NFL lockout has been lifted, and fans can enjoy the selections with the knowledge that these guys might have a season in the fall.

The Chiefs have the 21st selection, which means they will not have a shot at the top prospects on the board. Kansas City still has plenty of needs, and will try to build off a strong 2010 draft to shore up several holes, most notably at wide receiver, outside linebacker and the line.
Kansas City also has an opportunity to make a trade, as many teams drafting at the end of the first round or early in the second round may want to move up to grab a player they covet. The Chiefs could swap their first overall selection for more picks later if there isn't a player they are really sold on with the 21st pick, or they could bring in a veteran with a pick swap. The Chiefs could use immediate help at receiver and outside linebacker, so don't be surprised if Kansas City trades its top pick to immediately upgrade those positions with a proven veteran.
at 12:48 PM