Royals Pull Out late Victory to Split Series With Cleveland 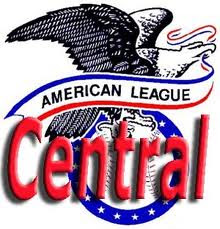 The Kansas City Royals pulled out a late victory last night to split a 4 game series with division leading Cleveland. The good guys scored one in the 8th, and 2 in the 9th for a thrilling come from behind win. The victory salvaged a 2-2 split with the Indians, and kept Kansas City within a game of the Division lead.

Kansas City has had several walk off victories this season with many different heroes. Last night Melky Cabrera did the honers with his two RBI single in the bottom of the ninth off of previously perfect Indians Closer Chris Perez. Slumping Kila Ka'ahue delivered a lead off double to get the party started in the final frame. A pinch runner, a single, a walk and runner thrown out at home later, Cabrera came up with the bases loaded.

This win was just another day at the office for these young Royals. Exciting win after exciting win have been the norm for these guys. I guess they didn't get the memo that they were supposed to be the American League Central whipping boys. Kansas City sits at 12-7 and has the second best record in the American League. Maybe it won't last, but we should enjoy it while it does.

Next on tap for the Boys in Blue is a week long road trip visiting the reigning American League Pennant winning Rangers and then a trip to Cleveland where the Indians will be hungry for revenge.
at 2:13 PM