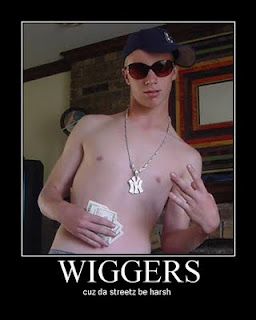 Without a doubt the most interesting quarterback in the 2011 NFL draft, Ryan Mallett missed practice today after allegedly partying too hard the night before.  Mallett was in the middle of a draft visit to the Carolina Panthers when his agent called and told Panther's staff that Mallett was sick and would not make the day's practice.  This came on the tails of an ongoing probe into Ryan Mallett's drug use during his days at Arkansas U.

Although missing a day of work here and there is common place for us average guys, going out and partying during a weekday and then having to use the perennial "personal day" after waking up feeling like you'd been hit by a truck, this is JUST NOT DONE in the NFL.  Players are expected to show up sick and play anyway.  On ESPN they interviewed several NFL veterans who claimed that they NEVER missed a single practice or game for being sick - not even one.  It could be that Mallett really wasn't interested in playing for Carolina (understandable), and maybe that was his way of blowing them off.  The problem is, the rest of the league heard about this and now there is a question mark next to Mallett's name on the draft board.

Slotted to go in the top 5 in the 2011 NFL draft next Thursday, Ryan Mallett is a hot handed, highly competitive quarterback who led the Arkansas Razorbacks to the Sugar Bowl where they were pummeled by Ohio State.  Mallett talks like a black person and sounds like a complete wigger idiot, but we watched him in a recent episode of Jon Gruden's Quarterback Camp and he seems to know what he's doing when it comes to being a great quarterback.

We've seen how NFL teams react to off-field antics lately, showing absolutely no tolerance, cutting or benching ANY player no matter how talented for poor ethics off the field and / or in the locker room.  Our overall impression of Ryan Mallett is that he is a larger than life quarterback (6'7" 253lbs) that has a rocket arm, and well, likes to do drugs and party all night.  If a "bad-boy" quarterback is what you're looking for, Mallett might be your guy.  Raiders?  Are you listening?
at 9:08 PM

This will definitely affect his draft position. Mallett has done some damage here, NFL players just don't miss practice for being "sick". This is going to throw up some serious red flags around the league and their respective scouts.

THIS ARTICLE IS A LIE--PANTHERS DONT ACCEPT THIS LIE-ASK THEM.

his agent didnt call ryan told them he was sick--was sent to room by panthers -get ur lie straight.ridiculous.

there was no practice-just meet and greet with panthers--ur lies is like an onion -got many lies on top of lies.the panthers dispute ur lies.