Are the Royals Finished? 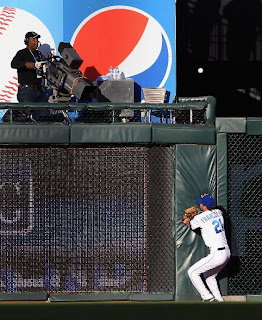 Monday's disaster against Cleveland was the culmination of poor pitching and a stale offense. Kansas City didn't look a whole lot better in last night's 7-3 loss either. The Royals' pitching staff has been hit by the injury bug, which has forced them to call up more young players and attempt to patch up what was already an average at best rotation. Adding to the Royals' woes is the fact that Kansas City's offense has nearly vanished into thin air suring the team's six game losing streak. When you can't pitch well or get hits, you probably aren't going to win many games.

If the losing continues, the Royals will have no other choice but to groom the team for next year. Kansas City has already called up some of its top prospects, and may bring up several more. At least the team has shown some promise for the future, no matter how the 2011 shapes up.
at 12:27 PM