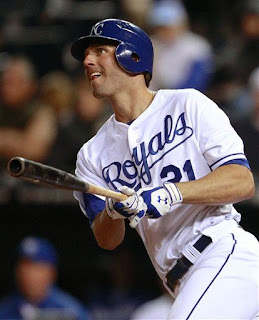 Charlie Sheen would be proud of all the winning going on in Kansas City these days. After sweeping the Minnesota Twins at home for the first time since 1994, the Royals kept the momentum going in a 6-5 win over Baltimore. The victory over the Orioles moves Kansas City's record to 16-13 on the season, and the Royals currently sit comfortably in second place in the struggling AL Central.

Kansas City has participated in several thrilling extra-inning contests this season, and last night's game was yet another nail-biter decided late. Jeff Francoeur ended up being the hero, tying the game with a home run in the sixth inning and hitting a sacrifice fly in tenth that gave the Royals the win. Francoeur is having a strong season, hitting for a .315 average with 7 HRs and 23 RBI. He was a very smart free agent pickup (I guess the Royals were finally due for one) who has helped spark Kansas City's offense while also providing much-needed veteran leadership.

Unfortunately for Kansas City, Jeff Francis continued to struggle. Francis is now winless in his seven starts this season, and has been shelled in his last couple of outings. If the Royals want to keep winning into the summer and make a surprise run at a playoff position, they will need Francis and other starting pitchers to consistently pitch well.
at 1:39 PM