Royals Win Series in New York for First Time Since 1999 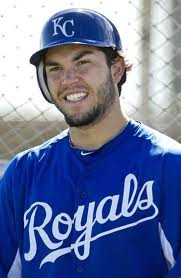 The Royals finished an impressive series win over the Yankees last night in New York marking the first time the Royals had won a series in New York since 1999. This is quite a statement for this young club who have exceeded expectations thus far. Many Royals fans, myself included are simply waiting for the collapse to begin. I thought the 0-6 road trip was the beginning of the end, then I looked at this road trip to NY and Detroit and thought this might be it. Lo and behold, the Royals surprise again. I now am a believer as the Royals simply destroyed the Yankees last night 11-5, and young hope Eric Hosmer had three more hits including a HR for the second straight game.

To give some perspective on how long it's been since the Royals won a series over the Yankees in New York, I thought I would compile a list of how the world was back in 1999.

Elvis Grbac was the Chiefs Quarterback and it had only been 5 years since the Chiefs had won a playoff game. Gunther Cunnigham was their Head Coach.

Almost nobody in the US knew who Osama Bin Laden was.

Bill Clinton was President of the United States.

The Columbine Massacre occurred in Colorado.