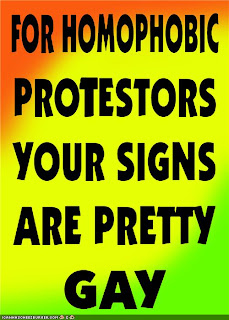 Earlier this year, Westboro Baptist Church was invited to the FBI Training Center in Quantico, VA. NPR reported last week that the meetings were for training purposes, but were discontinued this spring after the Assistant Director of the FBI found out about the program and voiced concerns about having the church on their property. There has also been some public outrage since the news broke as well.

Other controversial groups, such as the Ku Klux Klan, have been invited to help with FBI training in the past. Law enforcement tries to learn as much as they can about the group and their point of view to be able to effectively deal with them and similar extremest groups in the future. This is not endorsing anyone's views, it's training. Much like learning about a serial killers thought processes to help stop the next one.

The bottom line is that the FBI trainers thought this might be helpful, and probably was. It would be better left out of the public eye, and WBC certainly doesn't deserve any more attention. But let's face it, they have not broken any laws, and their idiotic speech is protected by the First Amendment whether you like it or not.
at 1:08 PM