Five Year Old to be Charged With Murder? 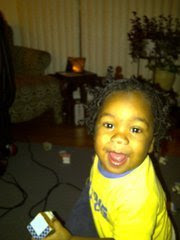 In a sad story out of Kansas City, an 18 month old boy drowned in a bathtub Friday night in what seemed like a tragic accident. Upon investigating the incident, Kansas City Police questioned a five year old girl who was present at the residence. Her answers were shocking to say the least. She told investigators that she didn't like the little boy, he made too much noise and cried too much. She told Police she drowned the boy on purpose in an undrained bathtub.

Little Jermane Johnson, Jr was from St Louis, but had been living in a home in the 2600 block of Elmwood in Kansas City with relatives for the last several weeks. The adult who was present left a sixteen year old, who reportedly has mental disabilities, in charge of several young children. The older girl went to sleep and the five year old dragged the little boy into the bathtub and drowned him.

Murder charges on a five year old would be near unprecedented. They would have to show the perpetrator knew what she was doing, and knew that death was a permanent condition. I don't think a five year old knows that, but she certainly needs help, and someone should have stopped this from happening.

I will reserve judgement on this case until all the facts are in, but something is fishy. The adult supposedly left to get someone at the bus stop. It really doesn't take that long to get to the bus stop from that part of town. Did they leave the bathtub full of water before they left? Why did the 16 year old go to sleep if he/she was in charge of the other children. What is the severity of the mental disability of the 16 year old? In any case, this child needs to get some help.
at 2:50 PM