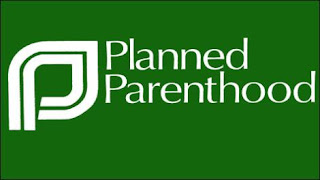 On Monday, Planned Parenthood of Kansas and Mid Missouri sued the State of Kansas over the blocking of Federal Funds to the Organization. As a provision to the 2012 budget, Governor Brownback and the Legislature diverted Federal funds that would have normally gone to Planned Parenthood and sent them to clinics across the state that do not perform abortions. At issue is a Federal rule prohibiting the use of Federal funds to pay for abortions. The State argues that by giving funds to Planned Parenthood, they are providing defacto funding for abortions because it frees up other money in the organizations budget to provide abortions. In other words, just because the actual dollars given by the Government wouldn't be used for abortions, the money still helps the organization provide all of it's services.

Other restrictions were also placed on abortion providers in the State. All clinics must receive yearly licensing including a state inspection. Abortion is outlawed after 21 weeks, unless the mother's life is in danger, or a major irreversible damage would be caused to the mother (mental issues are not an acceptable injury). Minors must get the notarized signatures of BOTH parents (with some exceptions - separation, divorce, etc). Bans private insurance companies from paying for ELECTIVE abortion without a separate rider.

Most of these provisions sound reasonable to me, with the possible exception of the special licensing. I would assume that medical facilities already have a licensing procedure of some sort. A special procedure for abortion providers would open the door to abusive practices by the state - clinic not treated fairly because of a bureaucrats opinion about abortion.

Tax dollars definitely should not be used to fund abortion, and I think the State of Kansas is right about this issue and I hope they win. Planned Parenthood, like many organizations, cares more about their agenda and money than taking care of women - they seem almost excided about providing abortions - it's very creepy. Abortion is horrible and does emotional damage to many involved. It should only be offered as a last resort when all involved understand after thoughtful consideration what is happening. And just so you know, I am not a Christian, in fact I don't believe in God at all - these views of mine are not blinded by any religious zealousness, just common sense and the view that we all have the right to LIFE, liberty and the pursuit of happiness. Let the flaming begin!
at 10:38 AM