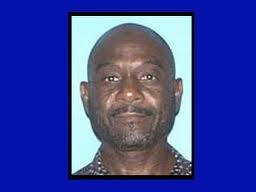 It only took 4 hours of jury deliberation to convict Bernard Jackson of 18 total counts of Rape, sodomy, and robbery. During the trial, the prosecution relied heavily on DNA evidence saved from the almost thirty year old cases to convince the jury beyond a reasonable doubt. None of the victims that took the stand could positively identify Jackson because they were blindfolded, but all told similar stories of threats with a gun and robbery during the rapes.

Bernard Jackson, it seems, is a lifelong rapist. He was first sent to prison on a rape conviction in 1977 at 19 years of age. When he got out six years later, the crimes he was just convicted of took place, as well as another attack that he plead guilty to in 1985. He was sentenced to 30 years then, but was paroled in December of 2008.

He is also a suspect in the 2009 through 2010 series of attacks in the Waldo area. Do you see a pattern developing here? Finally he will be put away for good. Too bad they didn't castrate him after the second rape conviction.
at 10:34 AM