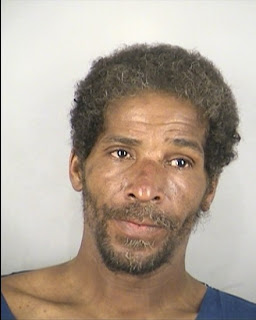 Take a look at Mr. Melvin L Jackson of Kansas City. Mr Jackson, it seems, was just walking down the street mindin' his own bidness when he happened upon a woman lying on the sidewalk near 34th & Troost. Of course, he stopped to see if he could help the poor lady when his penis (allegedly) fell out of his pants and into the woman who was unconscious on the street.

This poor woman wakes to witnesses screaming for the man to get off of her. Police soon catch up to Jackson who has his zipper still open. When questioned by Police, the man said he thought the woman was dead. Oh well, that makes it OK then, carry on sir - sorry to bother you. WTF?

This happened at 11:30 in the morning, in broad daylight, on a public sidewalk. Jackson County Prosecutor Jean Peters-Baker said that in all her years in the prosecutor's office you think you've seen everything, but this is a new one.