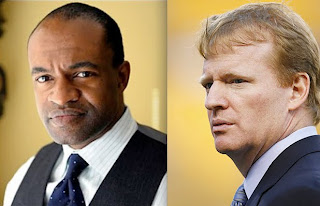 Sources indicate that the NFL and NFL Players Association are nearing a deal that would bring an end to the 2011 lockout. The common belief is that a deal will be in place and will be ratified during the July 21 league meetings.

Other sources believe that a deal will be reached between the NFL and NFLPA during the next week or so. One of the owners who has been present during the talks has been quoted as saying there is "no reason to believe it won't get done."

Despite a possible finish line in sight, there are still several key issues that the NFL and NFLPA must workout before a deal can be reached. One subject that could prolong the negotiations is that of rookie salaries and contracts. If an agreement is reached on July 21, every team will be able to play all of its preseason games. The only game that would be in danger of being canceled is the Hall of Fame Game on August 7.
at 8:00 AM