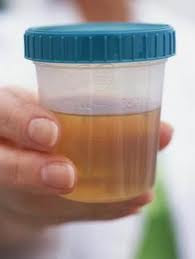 On Monday the Raytown School Board voted unanimously to approve a new policy to randomly drug test it's students. Only students involved in extracurricular activities will be required to submit to the tests, but parents can also opt in their children who are not involved in the targeted activities.

The controversial practice will begin this fall after the school district finds a suitable vendor and their lawyers have OKed the verbiage in the new regulations. Raytown will be the first urban Kansas City area public school with a drug testing policy. Many rural school districts in Missouri have similar policies in place, and O'Hara High School, a private Catholic School in Kansas City drug tests it's athletes.

Some oppose drug testing students on the grounds of being a violation of Civil Rights. Some oppose spending money on such programs when the money is badly needed elsewhere. Others believe that a drug testing policy will push those kids on the edge out of after school activities, further isolating and worsening the problem.

Others applaud the efforts as an effective way to keep kids off drugs by taking away activities that are important to them.

Me?, I think it's stupid and a waste of time and money. If they did that where I went to High School, they wouldn't have been able to field any teams. What about alcohol, by far the most dangerous drug, will they be screening for that too?
at 4:58 PM