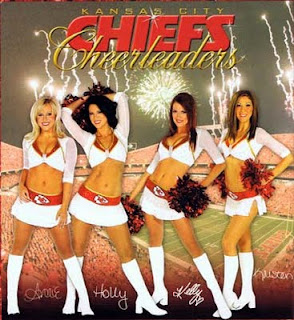 The Kansas City Chiefs preseason is a little different than other NFL team's preseason - if you haven't been able to tell that already. But that will all be over soon and September 11th, 2011 will be upon us and the Chiefs home opener against the Buffalo Bills will be happening at Arrowhead Stadium.

The anticipation level for the Kansas City Chiefs hasn't been this high since the 90's, and Jamaal Charles is being gobbled up by fantasy football owners in the first round. Even Madden NFL 12 has given the Chiefs an admirable boost in player ratings this season.

Although not as exciting as last year's Chiefs home opener on Monday night vs. the Chargers, the 2011 Chiefs home opener will be Kansas City's first look at the real 2011 Kansas City Chiefs and what game plan they have in store for their more difficult 2011 schedule. There is no doubt that the Chiefs plan to implement more of a dependable and productive passing game, drafting Jonathan Baldwin in the first round and picking up Steve Breaston in the off season. We're all hoping that Matt Cassel is up to the task and can keep the heat off the running game that should carry us deep into the playoffs this year.

The home opener at Arrowhead on Sunday September 11th will get us back in full football mode with an air force fly-by, The KC All Stars performing on the main stage, a great new stadium to enjoy, and most of all, a good day to be a Kansas City Chiefs fan. See you there!