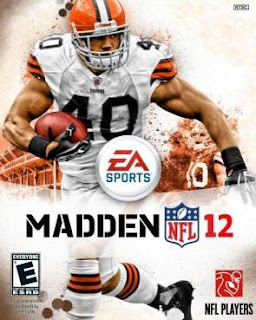 The release date for Madden 2012 was delayed in 2011 because of the lockout with NFL players that began on March 11th, 2011 and ended on July 21st, 2011. Due to the lockout, NFL teams were unable to sign free agents, hold practices or make any roster moves during the lockout period. As a result, the Madden 2012 design team at EA Sports were forced to delay the release of Madden 2012 until August 30th, 2011.

In previous years the release dates for Madden football were:

As you can see, the Madden game usually comes out in the second week in August because in previous years the designers had enough information about the NFL team rosters to build the teams accurately and release the games on time. The 2011 NFL lockout prevented Madden 2012 designers from obtaining pertinent information regarding the NFL team rosters in time for their usual release period. Although Madden 2012 will not be 100% correct upon it's release with regard to the official NFL team rosters, they will follow up the release with online updates that will allow Madden 2012 users to upload the updated rosters as NFL teams make changes. It was also announced that Peyton Hillis of the Cleveland Browns (RB) will be featured on the cover of Madden 2012.