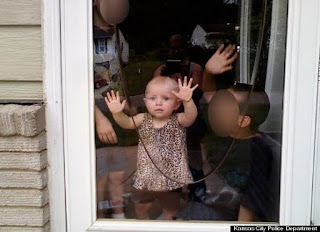 why didnt the husband bring his cell phone to work with him? why cant they use gps to find the phones? what do the other children say about the timeline of events, when did they last see the baby?

WHY aren't Child Protective agencies involved? Why haven't the boys been removed from Deborah & Jeremy? Maybe that'd give police some leverage to get at the truth...ie, the threat of losing her boys may prompt truth emerging. By her own admission she gets drunk regularly. Her drunken "neglect" helped the "abduction" if that is what it was. In any case, does she seem like a "fit" mother to you? Or is this all a "stage play"?