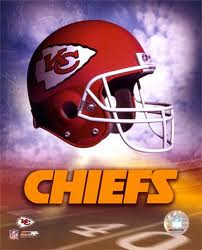 Hey, at least the Kansas City Chiefs squashed all of that Tebow hype, and exposed him to be what he really is: an unusually large man, who can run the ball fairly well, and....well, that's about it. Tim Tebow couldn't throw a good pass if his life depended on it and that was more than obvious in Sunday's Chiefs Broncos game. It's great that he is a Jesus Crispy and just like Eric Cartman proved, the Jesus Crispies are going to guarantee you at least some kind of automatic fan base. But, as you could see on Sunday, Jesus has more things to do than to worry about a stupid football game. Tim Tebow is mediocre at best, and with him at the helm, the Pittsburgh Steelers absolutely have nothing to fear in their upcoming AFC Playoff matchup with Denver.
On to the Chiefs - most fans are confused about what we need and what order we need it in, so we're going to spell it out for you:
1. Spend Money
The Chiefs have to be ready to use up a lot of cap room and get out there and spend some money on some quality players and coaches. Without money, the team can't make ANY moves.
2. Offensive Line
It doesn't matter who our head coach is, or who our quarterback is if we can't block up front. Our offensive line is in shambles, and we need to fix that immediately.
3. Quarterback
The Chiefs need a real quarterback, Matt Cassel is no playoff quarterback, nor will he ever be. Yes, he got lucky behind a FINELY TUNED New England Patriot offense, but my grandma could have thrown the ball effectively behind that team. If you need an example of what any average quarterback can do behind a great team, just look at what 2nd string Green Bay quarterback Matt Flynn did on Sunday, breaking EVERY Packers single game record with 480 yards passing and 6 touchdowns. Unless we get the rest of our team up to the level of the 2007 New England Patriots or the 2011 Green Bay Packers, Matt Cassel is just not going to be enough - sorry.
4. Head Coach
The role of the head coach in the NFL has become less and less important as the skill of the players has become more of a deciding factor in actual games. Example, Indianapolis head coach Jim Caldwell basically serves absolutely no purpose and it is now obvious that Peyton Manning was running that team. Chiefs fans are frothing at the mouth about finding a head coach and it should be no higher than 4th on their list of priorities.
5. Put Romeo back at defensive coordinator, he was doing a great job, and after they moved him to head coach it was obvious that the defense was not performing as well. Did anyone see 68 year old Denver running back McGahee (don't care if we spelled it right or not) run all over the Chiefs on Sunday? Put Romeo back now, put him back son.
You do not have to sign up to comment! If you have any trouble publishing your comment, try hitting the "Preview" button to publish from there. Thanks you from Kansas City News!
at 6:57 PM

The Kansas City Chiefs are going in the right direction at least. This article is correct in saying that they really need to focus on the offensive line first and then get a quarterback who isn't just an overpaid 2nd string guy.

I think the Chiefs made a good decision today hiring the Miami coach for offensive coordinator Brian Daboll, I think that he will really help out the team. Now let's get that offensive line going!