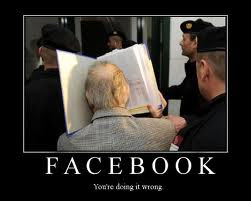 Kansas City police will set up random DUI Checkpoints in around the Kansas City area on Friday January 6th and Saturday January 7th looking for drunk drivers among other things. As you may have read, the KCPD can now set up road blocks and checkpoints looking for outstanding warrants, illegal immigrants and drivers driving with suspended licenses as well as setting up DUI checkpoints.
On January 6th and 7th, Kansas City Police will set up random DUI checkpoints in the usual areas including:
Anywhere along Ward Parkway, but especially near the 69th Street split where drivers can choose to go into Kansas or continue on in Missouri. Another popular DUI checkpoint location is around the 77 Street area on Ward Parkway just before the stoplight at 79th Street because this is a blind corner. It is best to just avoid Ward Parkway all together on weekend nights when the checkpoints are set up.
As usual, DUI checkpoints will most likely be set up along Wornall Road, near the Waldo and Brookside areas, specifically at the intersection of 77th Street and Wornall where the KCPD usually sets up post.
Other streets to avoid would be ANYWHERE on Southwest Trafficway, and State Line Road where hungry Mission Hills and Prairie Village Police wait to get money from Missouri drivers. If you have Missouri tags, you are twice as likely to get pulled over by a Kansas police officer while driving down State Line, they want to suck money from Missouri drivers and not from their own precious Kansas drivers. Avoid State Line all together this weekend unless you are south of 103rd Street.
Happy safe driving this weekend Kansas City, and watch out for those DUI Checkpoints!
You do not have to sign up to comment! If you have any trouble publishing your comment, try hitting the "Preview" button to publish from there. Thanks you from Kansas City News!
at 5:14 PM

I love sports and games,at this time it's my desired to watch the games live in Chicago,for my enjoyment and fun with my friends,but i am looking for discount and an affordable tickets rates to join this sports game at this time in Chicago.

DUI checkpoints in Kansas City are becoming more frequent. Take care out there and take a cab if you are too drunk to drive!

We have noticed that the DUI checkpoints in Kansas City are usually set up in the same places week after week, so if you learn where they are you will be ok.

They have been putting up dui checkpoints near our house at 77th and wornall look out!

For sure, dui checkpoints all along ward parkway and southwest traffic way, stay off those roads on Friday and Saturdays especially.

watch out for dui checkpoints this weekend - february 4th, 5th, we've seen them out pulling people over for drunk driving!