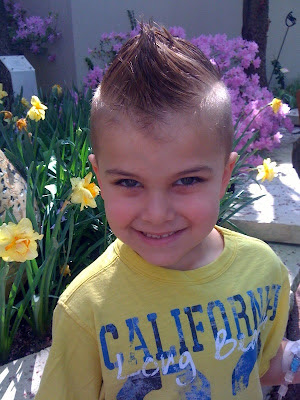 An amber alert has been issued in Kansas City, St. Joseph and St. Louis after 5 year old Porter Stone, while awaiting a heart transplant, was taken from St. Louis Children's Hospital after his release around 4pm.  According to sources at St. Louis Children's Hospital, Porter was released, while still toting around an I.V. (why did they release a child, hooked up to an IV, awaiting a heart transplant, from the hospital??).  After his release, his parents, father Jeffrey Stone, and mother Rhonda Matthews took Porter to the hospital's downstairs pharmacy to fill some of Porter's prescriptions and the child - and his "parents" - disappeared.

Surely, more answers will present themselves on Wednesday, but for now, the amber alert for Porter Stone advises citizens to be on the lookout for a silver Toyota Corolla with California license plate 6BMU445.   Porter Stone was in the official custody of his mother at the time of his abduction from the hospital, yet both parents "drove in from California" a few days ago.  Where did this child live?  Why is the town of St. Joseph mentioned at all?  Why would he be in Kansas City, and eventually in St. Louis when his parents are in California?  Rhonda Matthew's brother, Porter Stone's uncle, Ian Fife, was interviewed on the scene and he says that Rhonda and Jeffrey Stone were in a heated divorce and custody battle, and he believes that a kidnapping has been staged.

According to medical officials at the hospital, Porter Stone's heart was rapidly deteriorating and he only had enough medication to last him through Wednesday afternoon.  Porter, hailing from St. Joseph, Missouri, while his parents somehow were in California, suffered from acute cardiomyopathy was placed on the heart transplant list after going from hospitals in Kansas City to St. Louis for care.

At this time, this story has MAJOR holes in it, and we will need to gather more facts concerning Porter Stone, Jeffrey Stone and Rhonda Matthews - not to mention facts about why the 5 year old child was released from St. Louis Children's Hospital in the first place - before we can report further on this amber alert case. 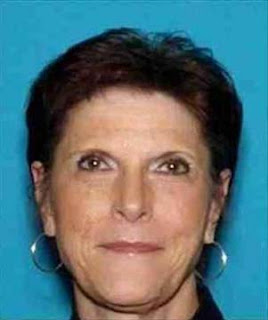 Here is the Official Amber Alert from the St. Louis Police Department:

The suspect is believed to be Jeffrey Stone, a white male, age 33, 6'6", 230 pounds, bald, wearing a black and orange San Francisco Giants baseball cap, gray shirt, and black shorts. The second suspect is Rhonda Marie Matthews, a white female, age 59, 5'3", 130 pounds,brown hair, brown eyes, wearing unknown clothing. The victim, Porter Stone, is a white male, age 5, 46", 44 pounds, brown hair in a mohawk style haircut. He was last seen wearing a gray shirt, black and white shorts, Spiderman shoes, carrying a backpack with medical IV pump inside. Anyone seeing the victim, suspect, or vehicle or anyone having any information related to the abduction should immediately dial 911 to contact the nearest law enforcement agency or call the St. Louis Metropolitan Police Department at 314-444-5622. 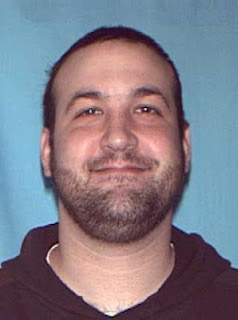 This story has a lot of unexplained pieces in it, my guess is that Porter Stone will be found soon.

not only why would the mom leave porter at the hospital but why would either parent leave without knowing where porter was? was he really still hooked up to an iv?

THE DOCTOR INTERVIEW LOOKS STRANGE, I THINK THAT THE HOSPITAL SHOULD HAVE TAKEN MORE PRECAUTION TO PROTECT PORTER. CASES LIKE THESE USUALLY POINT TO A DIVORCE AND A CHILD CUSTODY BATTLE. BUT JUST LIKE THIS ARTICLE SAYS, WHAT DOES ST. JOSEPH HAVE TO DO WITH ANY OF THIS?

I wonder how Porter Stone is doing now?