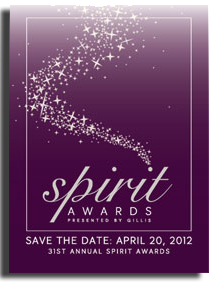 This Friday, April 20th, 2012 will be the 31st Annual Gillis Spirit Awards Charity Gala.  This year's event will be held at The Sheraton Crown Center, formerly known as the Hyatt Regency Hotel.  There are still a few tickets left at Gillis.  Tickets are $125.00 each.  The evening's festivities will include cocktails at 6pm, dinner at 7pm, a guest speaker, the award presentation, and then a performance by The KC All Stars, winners of KMBC-TV's "Best Band in Kansas City" award, sponsored in part by Adam Blue Productions.


The 31st Annual Gillis Spirit Award Winners for 2012 are:

Michael Brooks is a Kansas City Councilman in the 5th District and Pastor at Zion Grove Baptist Church. Pastor Brooks is known as a fair, no nonsense community leader and collaborator with the tenacity to get things done. As senior Pastor of the Zion Grove Baptist Church he began a food and clothing pantry ministry, feeds the homeless and founded Hope Ministries that focuses on the development of the community surrounding the church. He is the President of the Concerned Clergy Coalition, a faith based organization with a brand new initiative addressing the community and race. Pastor Brooks is also one of the founders of HOPE Academy, a Charter School that services high school dropouts.
- Kansas City News

Ann is a devoted community volunteer. Two of her most significant commitments are to the youth of Wellborn Elementary School in Kansas City, Kansas and Hope Center in Kansas City, Missouri. Ann’s emphasis in both educational venues is to help the children aggressively stretch their reading skills.


During the summer months Ann spends her time renovating and refreshing the six partner schools supported by the Church of the Resurrection. Ann has spent the last six years working with over 1,500 community volunteers to revitalize the playgrounds at each school. Ann also spends her time organizing community fundraisers to benefit those in need.
- Kansas City News

Mary Cohen served as chair of the Board of Overseers for the United States Coast Guard Academy receiving the Coast Guard medal for meritorious public series. In addition she served as president of the Overland Park Rotary Club and President of the Overland Park Rotary Club Foundation Board, Commissioner of the Kansas City Area transportation Authority, Overland Park Planning Commission and the Johnson County Community College Foundation Executive. Presently, Mary Cohen hosts a television program, “It’s our community” for the Johnson County Community College television stations and is the Executive Director of the Barton P. and Mary D. Cohen Charitable Trust. In addition, Dr. Cohen is the Chair of the World War I Museum Board of Trustees and serves on the state of Kansas Judicial Qualifications Committee.
- Kansas City News

Cliff is co-founder of Cerner and co-owner of Livestrong Park and Sporting KC. He is tirelessly committed to leaving a positive, forward-looking handprint on our region, intensely driven to make every idea and every innovation a real and measurable difference-maker in our community. Cliff’s passion for Kansas City spans an extraordinary array of issues, efforts and projects. A few of his many efforts include the breathtaking growth of Cerner, the Stowers Institute for Medical Research, for which he serves on the Board of Directors, the evolution of Livestrong Park, which has infused thousands of jobs and economic development dollars, the Boys & Girls Club of Greater Kansas City, to which he has generously given his time and the Boy Scouts of America, for which he has served as a stellar regional leader.
- Kansas City News

Lon Lane is President of Inspired Occasions and Chairmen-International Caterers Association Education Foundation. Lon has donated his services to literally hundreds of non-profit organizations in the Greater Kansas City area. This list is long and impressive and includes well-known Kansas City organizations such as City Union Mission, Wayside Waifs and Elmwood Cemetery. One of the less visible ways that Lon volunteers for organizations is by becoming part of their development team in creating an event. Through his guidance and ability to “think outside the box,” many events initially planned to raise much needed dollars turn into glorious affairs that raise more money and awareness for the sponsoring organizations.
- Kansas City News

Gillis and Kansas City News would like to thank all of the recipients of the Gillis Spirit Awards for their dedication to the Kansas City community.