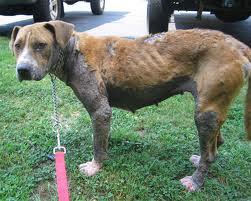 Humane Day 2012, supported by the Missouri Alliance for Animal Legislation, will be held Wednesday, April 18th at The Capitol Building 3rd Floor Rotunda in Jefferson City, Missouri between 10am and 2pm. The purpose of Humane Day 2012 by the Missouri Alliance for Animal Legislation is to get legislators to hear from organizations that have been impacted by shelter licensing fees and individuals that believe these fees are detrimental. Bills that are up for discussion are:
Bills HB 1654 & HB 1934 - Exempts Shelters from License Fees
Several significant bills have been introduced in the 2012 legislative session to help the animals. Two pieces of animal friendly legislation announced this session were HB 1654 by Representative Jeanne Kirkton (D-Webster Groves) and HB 1934 by Representative Noel Torpey (R-Independence). Both of these bills would eliminate license fees on non-profit shelters and rescue groups. These charitable entities have been exempt from paying a license fee in the past in recognition of their important role of keeping stray animals off the streets and protecting the public from disease and other health problems that result from the irresponsible acts of others. Unfortunately, in 2010, the legislature extended fees for commercial breeders and kennels to non-profit animal shelters. HB 1654 & HB 1934 would reverse this onerous tax and would once again exempt shelters and rescues which provide a community service. This will allow such entities to dedicate all of their assets to the care of animals.
HB 1934 also contains language that would address the issue of individuals selling dogs for a profit and claiming to be a rescue. Rep. Torpey's bill would give the Director of Agriculture the authority to deny or revoke a license of any animal shelter, "if it is determined by the Director that the applicant or the licensee unreasonably profits from the charges for adoption or sales of the animals." Hopefully, this will help rein in the problem of unscrupulous breeders and sellers of dogs masquerading as rescues.
We commend Representative Kirkton and Representative Torpey for introducing legislation to relieve shelters and rescue from these taxes. Legislators need to hear that dogs seized in dog fighting cases need to receive a second chance and a disposition hearing within 30 days.
HUMANE DAY 2012 - ISSUES OF PRIORITY TO THE ALLIANCE THIS SESSION


DOG FIGHTING DISPOSTION: Would allow for a disposition hearing of dogs seized by law enforcement authorities if there is probable cause that such dogs were subject to dog fighting. A judge would have to approve such disposition. This would allow such dogs to be removed from a dangerous environment and be given the opportunity for rehabilitation and adoption. This disposition could take place within thirty (30) days so that these dogs would not have to be held indefinitely. Such a law will encourage law enforcement officials to investigate dog fighting which is still common in Missouri. Currently, dogfight complaints and tips receive little, if any, follow-up as it is cost prohibitive for municipalities to house and care for fighting dogs for an extended period of time. Due process would be ensured as three (3) elected officials would have to be involved in such decisions: the Sheriff, District Attorney, and a Judge. (See SB903)


TAXES ON SHELTERS AND RESCUES: Would eliminate ACFA license fees on non-profit shelters and rescue groups. These charitable entities have been exempt from paying a license fee in the past in recognition of their important role in keeping stray animals off the streets and protecting the public from disease and other health problems that result from the irresponsible acts of others. Rescues and shelters provide a community service and should be exempt from such taxes once again to allow them to dedicate all of their assets to the care of animals. (See HB 1654 and HB1934).

Get more information on Humane Day 2012 and RSVP HERE

Humane day is a great cause definitely try to get there if you can! The animals need you!