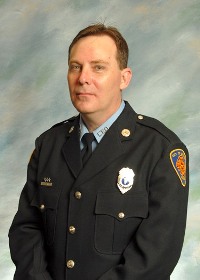 Kansas City Roofing Company Gives Firefighter New Roof
Ceremony awarding and recognizing 19-year active firefighter Joe Sullivan to take place Monday at Leawood Fire Station
KANSAS CITY, April 9, 2012 — Gahagan-Eddy, LLC., a Prairie Village building and roofing company, will announce and recognize the recipient of a new roof as the culmination of the Gahagan-Eddy Roof Giveaway in celebration of the company’s ten years serving Kansas City as was first reported by Kansas City News earlier this spring. In this Kansas City charity event, Lieutenant Joe Sullivan, a 19-year active firefighter with the Leawood Fire Department, and his family were selected as the winner of the new roof. A ceremony recognizing Sullivan and awarding him the new roof will take place Monday, April 9, at 4:30 p.m. at the Leawood Fire Station located at 127th St. and Mission Rd.
Upon learning he had been nominated and selected as the winner of the Gahagan-Eddy Roof Giveaway, Sullivan said humbly, “There has to be someone more deserving. Well, I’ll be up on that roof helping you out.”
Sullivan was born in Kansas City and married Linda Zimmerman, also a firefighter at the time, in December 1998. The two met at an EMT class, their lives having intersected on the premise of serving others, and have continued this endeavor throughout their lives together. They settled in Sullivan’s parents’ home in Kansas City, Kan., which has sheltered generations of Sullivans over the course of 40 years. In 2004, the two became the proud foster parents of three children providing them a warm, loving home built on the enduring love of the Sullivan family.
Shortly after welcoming the children into their home, life took a turn for the worst for the Sullivans. Linda was diagnosed with an advanced stage of breast cancer and while battling the disease with treatments, Sullivan kept the family going. While Linda was healing from surgery and chemo, Sullivan would lay the infants with Linda to be close to their “mom” – as this was ultimately the plan, to permanently adopt these children as their own, a wish that did come true. Then in December 2011, Sullivan re-proposed to Linda in hopes to renew their vows this spring.
Becky Craig, the coworker and family friend who nominated Sullivan for the Gahagan-Eddy Roof Giveaway, explained, “Now a single income family, as Linda is no longer able to work, Joe is the sole caregiver for his wife in addition to caring for his children, who are the light of his life. Joe carries this burden quietly with dignity. If you speak to him you would never know he has this enormous weight on his shoulders and in his heart.”
Interim Fire Chief Steve Duncan shared, “He is a quiet person that never complains. Many nights I would walk into the apparatus room and find him working on equipment long after others had settled in for the night. Any assignment given was completed quickly and never required follow up. Joe can always be found doing the right thing even when nobody is looking.”
While filled with love, the roof of their home has aged, leaks, and is not providing a sufficient cover for their family.
“We are proud to provide Joe and his family with a new roof, easing his mind of one thing – keeping the structure safe,” Bryce Gahagan explained. “As a public servant, a caring husband, and an outstanding father, he deserves this. Joe is a great man and, as Linda often says, ‘After many bad things happen, something good is bound to happen.’ We are excited to today help out with that good.”
Learn more about the Sullivan’s story and Gahagan-Eddy, LLC, at Gahagan-Eddy.com (orExcellenceIsOurHabit.com).
About Gahagan-Eddy, LLC.
Gahagan-Eddy, LLC., is a building and roofing company based in Prairie Village, Kan., serving homeowners with exacting standards who appreciate flawless "ultra-premium" service under the Gahagan-Eddy Building Company and Gahagan-Eddy Roofing Company brands. The founders, Bryce Gahagan and Mark Eddy, met while building homes for a Fortune 500 builder known for value-producing homes for the masses. The duo felt that there was a better way. Founded in March 2002, Gahagan-Eddy has earned the distinction of being a referral-based business that caters to specific client needs with high-quality service. Gahagan-Eddy is an A+ rated company by the Better Business Bureau and was awarded the “Super Service Award” on Angie’s List, awarded to only the top 5 percent of contractors.
Bryce Gahagan has also appeared on "The Apprentice" (Season Five) with Donald Trump. He was famously "fired" when Trump told him, "You're fired. And I think you have great potential, too." Gahagan was known for his view that, "Whatever you choose to do in life, do it, but do it better than anyone else."