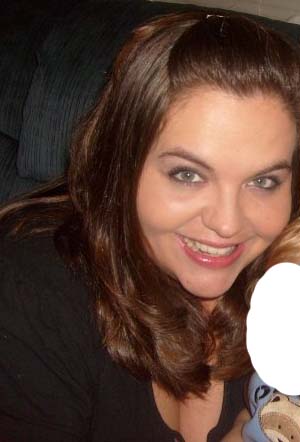 A concerned mother of the 16 year old boy suspected foul play when her son constantly talked about a woman who worked at Butterfield Youth Services in Marshall, Missouri named "Dusty". This started when the boy in question was only 15 years old.  The boy's mother, named "Kim" lives in Broken Arrow, Oklahoma and for whatever reason does not have legal custody of her son.  He has been in the care of The Butterfield Youth Services, a center for children where their slogan is "Our focus is on children; keeping them safe, helping them to heal, educating them, caring for and about them and motivating them to find a positive direction".  Well, it appears that Butterfield Youth Services employee Dusty McGrew, took this slogan a little too far, as she is accused of having sex with one of the boys from the center.

Kim told the press that the Butterfield Youth Services called her for permission to allow her son to spend Thanksgiving with Dusty McGrew and since Kim had no suspicions about McGrew at the time, consented.  Although at Christmas, McGrew bought the boy a new cell phone and then Kim started to get suspicious. The boy's mother finally confirmed her suspicions when she arrived at Butterfield to find her son out in the parking lot talking with Dusty McGrew.  Kim confronted Dusty directly, and when asked about their relationship, both told the mother that they had a "mother-son" relationship.  As the onion of this story was peeled, however, many witnesses came forward telling of a different kind of relationship between the 16 year old boy and Dusty McGrew.  Reports from other children at Butterfield Youth Services claimed that McGrew and the boy had sex together on several occasions, even going as far as to have sex in the back of cars while other children were in the front of the car.  The children who claimed to be present during these car sex scenes, said that Dusty McGrew would stretch a jacket over the car seats so that the kids in the front couldn't see what was happening in the back seat.  The other children also said that McGrew and the 16 year old boy had sex in a nearby park.

Dusty McGrew had even deeper plans for this boy, she was in the process of trying to gain custody of him. Although the state would not allow this arrangement, the boy called Kim on April 18th and told her that he was "fixin' to split" and Kim feared that the boy was planning on running away to be with McGrew. McGrew has children of her own, and claimed that they all got along with the boy.

What is interesting in this case is the fact that they are not only charging Dusty McGrew with statutory rape, but they are also charging her with statutory sodomy.  Now that's just plain nasty.  This story lacks the glamour and humor of the Debra Lafave story, whereas that story involved a fairly attractive teacher having sex with her 14 year old student.  Most in the media made light of this story as it seemed like a school boy fantasy to have sex with their hot teacher, and in this case succeeded!  Ah, but this is the midwest, and our female subject in this story is a routine hefty midwestern lady who decided that she wanted to get a little bit more involved in the life of a 16 year old boy enrolled in the Butterfield Youth Services program.

Dusty McGrew is currently out on bail, meaning that it couldn't have been set too high, and there is a court date scheduled for May 23rd. Kim says that she believes her son is still in contact with McGrew at this time.  She says that she will try to make the court case if she can afford to travel to Marshall from Oklahoma.

People should be very careful about spreading nasty rumors - these types of accusations can ruin a person. Wait until the facts are known! People love to gossip!

What ever happened to innosent til proven guikty ???? You should look into things a little deeper then you will find out the real truth.

Whatever happened to learning how to spell? "Innocent" is the correct spelling. It appears that we're dealing with someone who is a product of a Marshall, Missouri school system. Very sad, now please learn to spell and use correct grammar before you write anything else.