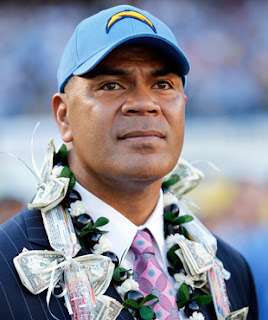 We will miss you Junior!

New news on Junior Seau suicide - it was reported that Seau sent out text messages to his ex wife and his children the day before he committed suicide telling them that he loved them.

I used to date a girl that looks just like Gina Deboer!