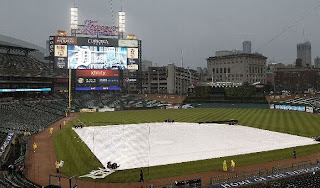 The Royals’ game against the Detroit Tigers was postponed last night, meaning that Kansas City will officially start the series tonight. If there was ever a time for the Royals to turn its season around and pick up some much-needed wins against an AL Central opponent, this is it. The Tigers are in a tailspin, losing eight of their last 10 games. To make matters worse for Detroit, the team recently lost Delmon Young to a seven game suspension.

After a ridiculous losing streak, Kansas City has responded well, winning three of its last four games. However, the Royals may have dug themselves in too deep a whole to get back to respectability this season. The schedule is about to get tougher, with New York and Boston coming to town, and series with first place teams like Texas and Baltimore on the horizon. Both the Yankees and Red Sox have been inconsistent this season, and the team’s seven game home stand against these two may very well be the make-or-break point of the season.

Kansas City will face Detroit tonight at 6:05 p.m. Luke Hochevar (2-1) will start for the Royals, fresh off his best performance of the season. He will face Rick Porcello (1-2), who has struggled this season.