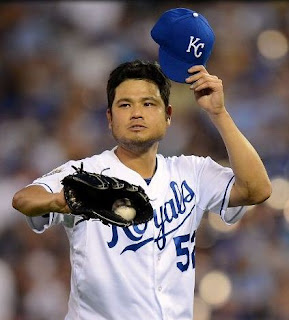 Bruce Chen gave up only four hits and kept Minnesota off the scoreboard, allowing a lone run scored in the second inning to be good enough for the Royals to earn a 1-0 victory over the Twins. The win moved Kansas City’s record to 24-30 on the season, and the team is currently only 6.5 games out of first place.

The big story from last night is Chen, who has rebounded from an awful start to the season to win for the fifth time in his last six starts. With injuries depleting the Royals’ pitching staff, it was imperative that Chen step up and pitch like an All-Star if the Royals were going to have any shot at respectability this season. The veteran has done that and more, and Chen will be a big factor in how far the Royals go this season.

Kansas City’s lone run came off a Bryan Pena RBI single, as Chen’s performance wasted a fantastic effort by Minnesota’s Francisco Liriano. The Royals also got a nice boost from its bullpen, as Greg Holland and Jonathan Broxton both pitched well to preserve the shut out. Broxton now has 14 saves this season.

The Royals will face the Twins again tonight at 7:10 p.m. in Kansas City. Felipe Paulino (3-1), who is in the midst of a phenomenal pitching stretch himself, will take the mound for Kansas City. He will face Minnesota’s Nick Blackburn (1-4), who has really struggled this season and currently holds an 8.37 ERA.