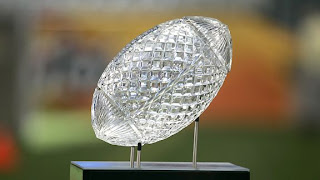 It is going to be interested to see how this works out. I think it will make college football more exciting.

How will they decide who makes the final 4 teams that go to the "playoffs"? The same rating system that is in place now?