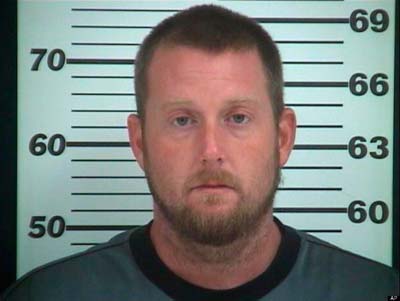 After 3 days of searching, the story of two missing girls from Edgerton, Missouri, Britny Haarup and Ashley Key took a very disturbing turn when Clifford Miller, a 31 year old man from Trimble, Missouri admitted to murdering the girls and told police where their bodies were hidden. Clifford Miller has been charged with first degree murder and is in jail in Platte County on a $500,000 bond. Authorities have not yet released information as to whether or not they will seek the death penalty in this case.

Clifford Miller admitted to police that he had been smoking crystal meth before he drove to Britny Haarup's home in Edgerton, planning to rape her. It is not yet known what the relationship between Clifford Miller and Britny Haarup was, but he obviously knew where she lived. As Miller told it, he entered Haarup's home and discovered Ashley Key sleeping on the couch. She attempted to stop Miller, who then hit her in the head and suffocated her. Miller then said that he went into Britny Haarup's room, beat her with a stick (a stick?) and suffocated her as well. Clifford Miller then took the two bodies and put them in his pickup truck before returning to the house to clean up blood, after which he most likely drove the pickup truck to the location where police found it on the side of the road abandoned on Saturday afternoon.

Two children of Britny Haarup's, ages 6 months and 18 months were home at the time of the murders. Britny Haarup and Ashley Key were allegedly murdered in the home on Friday morning before being moved in Clifford Miller's truck to a dirt road near Trimble, Missouri where Clifford lived. It is unknown at this time what transpired after Clifford parked the truck, but somehow he made it to his girlfriend's house in Parkville, Missouri where he then informed police that he murdered the girls and he also told them where he put their bodies.

Clifford Miller told police and investigators that he was smoking crystal meth heavily during the murders, however this will have no effect on his sentencing as being under the influence of alcohol or drugs cannot be used as an excuse to commit a crime in the state of Missouri. Clifford Miller is no stranger to the criminal life, as he has been charged with a felony (unknown type) as well as drunken driving charges and also driving while suspended.