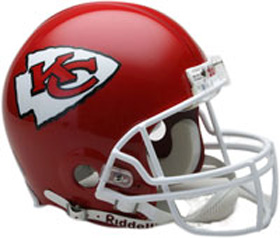 With the 2012 NFL regular season only a few weeks away, the Chiefs have announced their first unofficial depth chart. While most positions were already etched in stone, there were a few surprises on this first chart.

The biggest surprise may be at nose tackle, where journeyman Anthony Toribio is listed as the starter over first round pick Dontari Poe. Toribio has had a terrific camp, and Poe is still learning the ropes, so perhaps this is simply a motivational tool for Poe. Another interesting note is that Steve Breaston is listed as a starting receiver. Dwayne Bowe is still in the midst of a holdout, which means Breaston is the de facto starter opposite of second-year man Jonathan Baldwin. Also, despite a reputation of being one of the most dynamic running backs in football, this is the first Chiefs depth chart that actually features Jamaal Charles in the starter’s role.

While most expected Brady Quinn to win the job as Matt Cassel’s backup, he has been in a battle with Ricky Stanzi for the position. The first chart lists Quinn ahead of Stanzi, while rookie Alex Tanney is the fourth quarterback on the roster. It is hard to imagine the Chiefs keeping four healthy QBs when the season starts, which means Tanney will have to beat out Stanzi if he wants to avoid a spot on the practice squad.

The first unofficial depth chart is below. The starters are listed first.