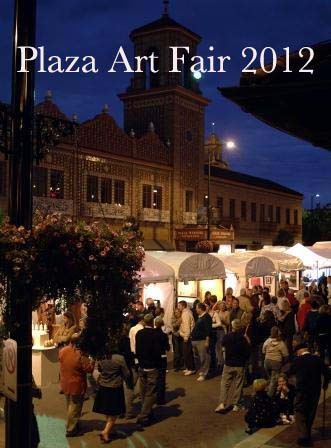 In it's 81st year, The Plaza Art Fair kicks off today with live Kansas City bands performing on several different stages, 270 artists from around the world, and 27 Kansas City restaurants with tasty delights for you to sample along the way. The 2012 Plaza Art Fair will run from Friday September 21st, through Sunday September 23rd. This year the fair will also feature a children's art workshop.