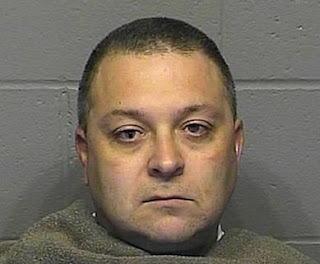 Vernon Finkenbinder, a former Johnson County deputy, was charged today with unlawful sexual relations against an inmate. Finkenbinder, who is 39 and resides in Gardner, KS, is being accused of inappropriately touching and communicating with a female inmate in custody while he was still serving as a deputy.

The incident that landed Finkenbinder in trouble occurred on September 23 at the Central Booking facility. Deputies learned of Finkenbinder’s actions two days later and immediately began investigations. Finkenbinder was then placed on administrative leave, and later decided to resign from his post as a deputy.

Finkenbinder posted $50,000 bond today, granting his release from jail. He will likely go to court on October 12.

Sexual abuse is not uncommon for women incarcerated, both at the hands of other inmates and the correctional staff. According to the website prisonpolicy.org, the statistics are shocking – there are 148,200 women in state and federal prisons, and 70% of the guards who work at these facilities are male. These male correctional officials watch women undress and often brutally retaliate against female inmates who complain about sexual assault or harassment.

It is unfortunate this occurred in the Kansas City area, and serves as a reminder that those in a position of power will often abuse their privileges. The incident with Finkenbinder happened without any other guards or inmates around, which may be the problem – too much trust is being put in a group of men who are required to “guard” women around the clock.

Vernon Finkinbinder?? Holy shit, that is the worst name ever! No wonder he was a freak. With a name like that there was no way he was going to grow up to be normal. His parents should be shot.