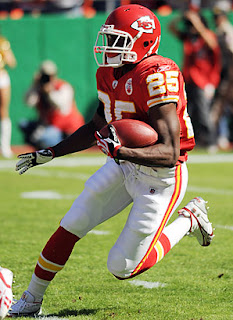 After getting blown out last week by the San Diego Chargers, the Chiefs’ backs are against the wall. At 1-3, the team faces a must-win situation on Sunday. Unfortunately, that win will have to come against the 3-1 Baltimore Ravens, who have looked like one of the best teams in the league so far this year.

The Ravens have been traditionally known as a defensive team, however their offense has played well this year. Joe Flacco has slowly turned into one of the better quarterbacks in the league, and he is enjoying a very efficient season so far. Flacco is surrounded by talented skill position players like running back Ray Rice (on his way to another big year) and receivers Torrey Smith and Anquan Boldin.

The Ravens’ defense is also playing at a level Baltimore fans are accustomed to, having only given up significant points in one game this year (a close win over the Patriots). The defense’s strengths and weaknesses actually match up perfectly against the Chiefs – Baltimore has struggled with its pass defense but its run defense has been stout.

For Kansas City, everything starts and ends with Matt Cassel. The Chiefs running game has been as efficient as ever this year and Jamaal Charles has produced some big plays. Cassel, however, has struggled more than any other time as the Chiefs quarterback, and has already thrown seven interceptions this year (against five touchdowns). He has also fumbled three times, accounting for two-thirds of the Chiefs league high 15 turnovers.

Defensively, Kansas City has really struggled defending the pass this year, giving up 10 passing touchdowns which is the second highest total in the league. The team will have to worry about both the Ravens’ dynamic receivers and Rice, who is averaging 5 yards per carry this season. The Chiefs defense will have to find whatever magic it discovered in the second half of its comeback win against the Saints.

If the Chiefs want to have any shot of winning this game, they will have to avoid turning the ball over. The Chiefs lead the league in turnovers, and Baltimore has shown a penchant for forcing interceptions and fumbles. Kansas City will have to protect the ball and hope the Baltimore offense has an off game to have a shot in this one.

The Chiefs are going to have to bring all Heart to this match up - the Ravens can be silenced if they are taken out of the game early, something the Chiefs have not done so far this season. Look for a possible kickoff return by Arenis as he is SO due