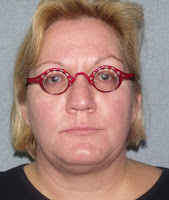 Susan “Liz” Van Note, a Lee’s Summit lawyer who is accused of killing her father and his girlfriend, was recently freed from jail on bond. The bond was set at an astonishing one million dollars – an attempt to keep Van Note in prison by the judge. Where the money has come from is baffling the prosecution; however Van Note has paid the fee and has been released from prison.

By now, the Van Note murder case is well known to those in the Kansas City area. On the night of October 2, 2010, William Van Note, a 67-year-old millionaire businessman and his longtime girlfriend, 59-year-old Sharon Dickson, were attacked in front of Van Note’s lakefront home in the Sunrise Beach area at the Lake of the Ozarks. When police arrived on the scene, Dickson had been shot several times and had been slashed with a knife, while Van Note had a bullet wound in his head.

Dickson died at the scene, and Van Note was taken to the University Hospital in Columbia, MO and lapsed into a coma after having the bullet removed from his brain. Liz Van Note presented a signed document stating that she had the authority to make medical decisions for her father, and requested that he be removed from life support. Van Note died after doctors turned the life support machine off.

Only last month, a grand jury indictment accused Liz Van Note of killing her father and his girlfriend, and forging his signature on the document that granted her authority to make his medical decisions. Due to the premeditation of her actions, Van Note has been charged with first degree murder.

What is shocking about Van Note paying a million dollar bond is that she declared bankruptcy only a few years ago. A search has begun to find out where this money came from and how Van Note was able to beat the system. Until then, a woman who is suspected of murdering two people is walking free… after paying a one million dollar bond.