Audio Experts Claims Bigfoot Exists & He Is In Missouri 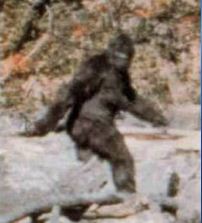 According to a crypto-linguist expert, not only is Bigfoot real, he is currently roaming about in the woods not far from Kansas City.

Scott Nelson, who spent 17 years in the navy intercepting Russian communications and decoding them, has become a believer in the Bigfoot/Sasquatch theory and believes the creature is roaming remote areas outside of the Kansas City area. Nelson currently works as a professor at Wentworth College.

Nelson has studied vocalizations that were caught on tape, and slowed them down to discover language being used by a creature that is not human. As a result, Nelson has become a full believer in the theory of Bigfoot, and thinks that the creature has frequented remote and uninhibited areas of Missouri for over 100 years.

The Bigfoot phenomenon has been going on for decades, with dozens of reports and amateur videos surfacing every year attempting to prove the existence of the creature. The state of Missouri, in particular, has had many reports, although “experts” have deemed almost every single one to be fake.

It sounds like Kansas City residents need to be on the lookout the next time they take a camping trip in Missouri.