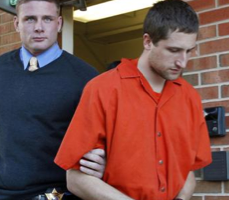 Two weeks ago, a man charged with the killing of Bethany Deaton confessed to the murder, and also indicated that Deaton’s wife Tyler, an International House of Prayer Leader, ordered the killing. Now the defense of Micah Moore, the man accused of killing Deaton, is claiming that Bethany’s death was a suicide, and that Moore’s entire confession was made up.

Moore had initially told police that he and other members of the prayer group shared by the Deatons had sexually assaulted Bethany Deaton and were afraid that she would tell someone about their actions. Moore said that Tyler Deaton ordered to have his wife killed to keep the actions of his religious group a secret.

Moore’s lawyer is now recanting this confession, calling it bizarre, nonsensical and untrue. According to the defense, Moore was distraught after the suicide of his friend Bethany and the removal of Tyler as a religious leader from their community.

What makes this story interesting is that police initially ruled Bethany Deaton’s death as a suicide. Officers found her body in a minivan parked by a lake with a plastic trash bag over her head that was tied below her chin. A suicide note and an empty bottle of over-the-counter pain medication were found at the scene as well.

Later, Moore confessed that it was he who held the bag over Deaton’s head, and he held it there until her body shook. After killing Bethany, he then reported back to Tyler informing him that he had killed his wife.

According to court documents, the men who lived in the house owned by the Deatons began drugging and sexually assaulting Bethany Deaton, which led her to start seeing a therapist. It is also believed that the men in the house were engaging in sexual acts with Tyler Deaton, which Bethany was not aware of. One man has confessed that Tyler Deaton said after his wife’s death that he had a dream he killed his wife by suffocating her.

Did Bethany Deaton commit suicide after suffering through sexual abuse at the hands of her husband’s religious outfit, or was she killed by Micah Moore on the orders of her husband? This is the new focus of the story, and the main focus of this case now turns to Moore and the validity of his confession.