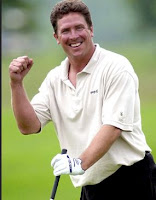 Dan Marino, Hall of Fame quarterback for the Miami Dolphins, has admitted to fathering a child with a CBS network production assistant and then paying millions of dollars to the woman to keep her quiet. The child, a girl named Chloe, was born back in June of 2005.


Marino, who has been married to his wife Claire for nearly 30 years with whom he has six children, admitted to the affair and cover-up in a written statement to the New York Post. Marino accepted full responsibility for his actions, and that he and Donna Savattere – the woman he had the affair with – mutually agreed to keep the issue private to protect all parties involved. According to Marino, he and Claire are still married.


According to the Post, sources say Marino agreed to pay Savattere millions of dollars to care for Chloe, and to move to Texas to be away from Marino’s family. At this point, it is unknown specifically how much money Marino has paid Savattere.

Marino has been a member of CBS’ The NFL Today pregame show since 2003, and Savattere served as a production assistant with the company in 2005 when the affair took place. Marino is scheduled to be part of the CBS Super Bowl telecast on Sunday, which starts at 1:00 p.m. At this point, CBS has not released a statement regarding Marino’s actions, nor have they announced that Marino will be removed from the Super Bowl coverage.