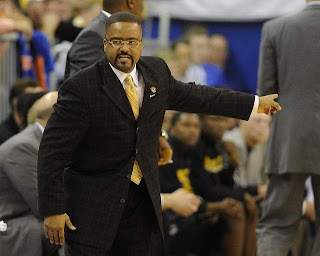 Recently, it appeared that the NCAA was close to taking action against Frank Haith, current basketball coach at the University of Missouri and former coach of the University of Miami. The allegations stemmed from an NCAA investigation into Miami’s athletic department, and it was widely believed that Haith was expected to face NCAA charges for unethical conduct and a show-cause penalty.

However, in a stunning turn of events, the case against Haith has been put on hold by the NCAA due to misconduct by its own rules enforcement staff. Basically, the NCAA is punishing itself.

The misconduct stemmed from how the NCAA enforcement staff obtained their information in the Haith case. Details were improperly obtained through a federal bankruptcy case – an area in which the NCAA does not have subpoena power. Worse, the enforcement staff paid defense attorney Nevin Shapiro for the information. Shapiro is currently in prison for his role in a Ponzi scheme, and is a former Miami booster who accused Haith of being involved in payments going towards players and recruits.

This turn of events should help Haith keep his coaching job at Missouri, as the case is both suspended for the time being, and weakened by the actions of the NCAA. Just a few days ago, it appeared that the allegations against Haith could be enough to force Missouri to look for a new basketball coach. Now, Haith will at the very least be able to finish coaching the Tigers this season, while his legal team has ammunition to attack the NCAA and its infractions committee.

The ruling on the NCAA could also lead to legal action regarding other significant actions college sports’ governing body has made. Pennsylvania Governor Tom Corbett is suing the NCAA to void the sanctions leveed on Penn State as a result of the Jerry Sandusky scandal, and more lawsuits against the NCAA could follow.