The NFL free agent signing period has opened, and the Kansas City Chiefs will be looking to fill several holes on its roster. The team has already been busy this offseason, acquiring new players while releasing several veterans. 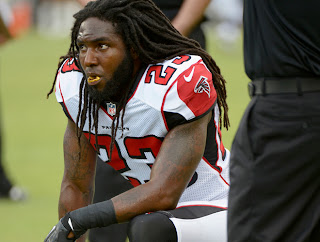 
Kansas City has already done a good job of addressing some glaring needs, but the team still has several holes to fill. The Chiefs could use some help at wide receiver, especially after letting Breaston go. Former first-round pick Jonathan Baldwin has been a bust so far in the NFL, and the team will need to find another target to pair with Bowe for Smith to throw to. Losing Boss makes the tight end position thin as well, and the team could use some insurance behind Tony Moeaki, who has struggled with injuries in his career.


Defensively, the Chiefs could use more depth in the secondary and will have to find a capable starting inside linebacker next to Pro Bowler Derrick Johnson. Despite spending several early draft picks on defensive lineman over the past several years, the team could also still use an upgrade there.


New general manager John Dorsey could have a lot of flexibility in how he will build the Chiefs’ roster, as the team has several unrestricted free agents. Dorsey will need to figure out which players to bring back first, and then start finding free agents that can address some glaring needs on the roster, particularly at wide receiver, tight end and linebacker.