A star studded night to be sure this Friday at the downtown Marriott when The Children's Place "Angels' Gala" will take place. One of the largest events in Kansas City so far this year, the Children's Place Angels' Gala will feature an appearance by honorary Chairs Scott Pioli and his wife Dallas Pioli, followed by keynote speaker Darrell Hammond from Saturday Night Live who is famous for his impressions of Bill Clinton and Dick Cheney.  Darrell Hammond will talk to The Children's Place 2013 Gala patrons about growing up with an abusive mother. Hammond's performance will be followed by Kansas City's Hottest Dance band The KC All Stars. 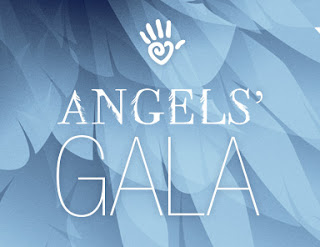 Sponsorship levels for The Children's Place Angels' Gala 2013 are as follows:

The Children's Place has been active in the Kansas City charity community since 1978 providing care for young children who have been the victims of abuse, neglect and other trauma related issues. Their continued success relies upon many generous charity organization supporters and their donations. The Children's Place Angels' Charity Event is one such function that supports this wonderful charity organization.