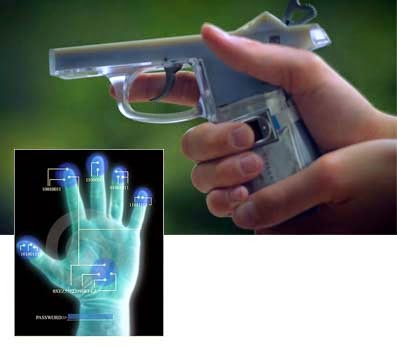 "Kai Kloepfer is a Colorado teen who has been a witness to his share of senseless gun violence in his lifetime."

Really? No proof, just a breathless gush of emotion from the reporter.

does it work if you have to fire with your weak hand or have fingers bloody or wearing gloves? Does it require a battery? Can the sensors be damaged if the gun is dropped from say 10 feet like most gun safety drop tests?
Since working "smart guns" were produced in the 1960's by Colt and S&W and were shown to endanger the owners, why would we even consider the idea?
A better use of electronics would be to stabilize the gun like in modern cameras.