The American Royal Barbecue began 36 years ago in the parking lot of the Golden Ox Restaurant and has since grown to become the world’s largest event of its kind. This year’s event will take place for the first time at Arrowhead Stadium and brings together world-renowned pitmasters and backyard barbecue enthusiasts to compete for the title of best barbecue. The new venue affords additional space for the growing number of participants and spectators, as well as expanded peripheral barbecue activities.

The American Royal 2015 at Arrowhead Stadium will feature excellent Kansas City BBQ as well as competitors from all over the Nation bringing in their grills and BBQ skills, competing for ribbons in several different categories. There will be great live Kansas City bands like BIG SHOW Dueling Pianos, The KC All Stars (official band of The Kansas City Chiefs) and more great entertainment to go along with the great food. 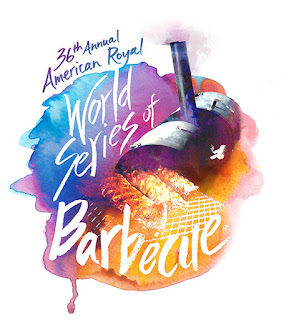 The American Royal Barbecue 2015 is pleased to announce that 2015 will be a record-breaking year for number of teams participating in competition. The final count is 618 teams (representing 39 states and 3 countries), up 56 total teams from 2014. The large number of participants makes this event by far the world’s largest barbecue competition.
In addition to the barbecue, the 90th Annual American Royal Parade will also now take place at the Truman Sports Complex on Saturday morning. The enhanced experience at Arrowhead will feature exciting new amenities including the Cowtown Family Fun Fest presented by Cerner on Saturday. Over a dozen food vendors including Zarda Bar-B-Q and Plowboys BBQ will be available in the Budweiser Pavilion throughout the weekend. A live music stage Friday and Saturday night will feature eclectic regional bands and featuring country music icons, Big & Rich. And a fireworks display ends each night with a bang.
$15 Single Day Tickets to American Royal 2015 and $25 Weekend Tickets are available at
www.Ticketmaster.com.
"The Pit" VIP tickets feature all-inclusive food and beverage and prime stage views and are available at
www.TicketsForLess.com.