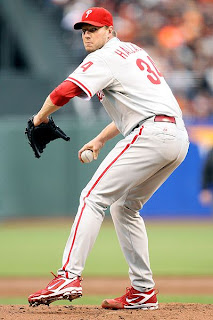 The Phillies joined the Yankees in extending the series after falling into a hole. New York is also attempting to come back from a 3-1 deficit and make a run at defending its 2009 title. While this has been a memorable postseason, it appears things are just now heating up.
at 11:47 AM No comments: