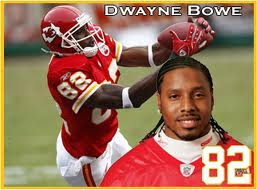 Going into Houston on Sunday, we knew the Texans offense could score in a hurry. No lead would be safe. Matt Schaub and Company wore down the Chiefs defence, and absolutely shredded them in the 4th Quarter scoring 21 points. A Chiefs offense that had success all day couldn't keep up and another game slips away. This loss hurt, to have a 2 TD lead in the second half on a good team and blow it - yes, we should have, could have, would have won. You could blame the refs (the really only egregious mistake was the false start call on the Chiefs on 4th down), but, hey, you gotta stop the other team. The Chiefs did not come close in the 4th Quarter to stopping the Texans.

That's not to say there wasn't some encouraging play. Dwayne Bowe looked like a First Round pick for the first time this year. Jamal Charles and Thomas Jones both look nearly unstoppable. Matt Cassel had his best game in a Chiefs uniform. If the passing game finds some consistency, this could still be a great year for the Chiefs. I think the Defence will come around - Crennel will get it figured out.

With two home games in a row coming up, and the reset of the AFC West sucking eggs, we can be optimistic, and this division is ours for the taking. Yes, this one hurt, but that's a good thing - because we care once again in Kansas City about our Chiefs.
at 9:38 AM No comments: