Fasano, a former second-round draft pick from Notre Dame, has been productive in the NFL. Over the past five seasons with the Miami Dolphins, Fasano has averaged 35 catches and four touchdowns per season. After releasing Kevin Boss last month, the only proven tight end on Kansas City’s roster was Tony Moeaki, who has had some injury issues throughout his career. Fasano should provide some nice depth at the position, and the Chiefs are now set at tight end.


DeVito has spent the past six seasons with the New York Jets, where he played under new Chiefs defensive coordinator Bob Sutton. The former undrafted free agent has been a starter for the Jets over the past three seasons, and is known for his versatility.


The signing of DeVito may be a sign that the Chiefs will be letting go of Glenn Dorsey. Dorsey and the team could not come to terms on a new contract, and the former first round pick has become an unrestricted free agent. Dorsey has already planned a visit to the San Francisco 49ers, and it appears that his days as a Chief are numbered.


Former Missouri star Chase Daniel was the final free agent acquisition of the day. Daniel has spent his entire NFL career backing up Drew Brees in New Orleans and will provide some nice depth to the quarterback position behind Alex Smith. The signing of Daniel may mean that the team is not considering drafting a quarterback at any point in this year’s draft, and that the team will be resigning quarterback Brady Quinn. 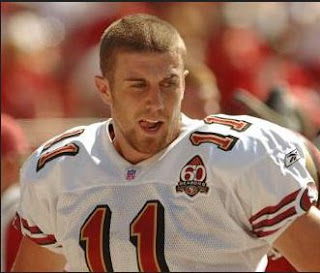 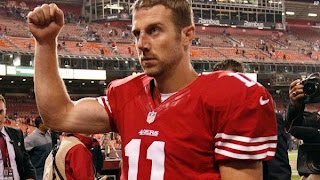 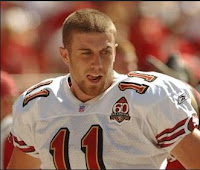 Alex Smith, the San Francisco 49ers’ former starting quarterback, has asked for his release before the NFL’s free agency period begins on March 12. Smith was enjoying a strong season for the 49ers before being benched in favor of Colin Kaepernick. The Chiefs are rumored to be one of several teams who are interested in pursuing Smith, which makes sense. Signing Smith would be a great move by new general manager John Dorsey.


First, let’s look at Smith. The former top overall pick struggled early in his career, often getting benched and never living up to his lofty draft status. However, over the past few seasons, he has grown into an efficient quarterback who rarely makes a big mistake. In the eight games he played this season, Smith compiled a 104.1 passer rating. Had that held up for an entire season, it would have finished as the third highest rating in the league this past season behind only Aaron Rodgers and Peyton Manning.


Smith has been labeled by many as a glorified game manager, but that wouldn’t be a bad fit with Kansas City. With the dynamic Jamaal Charles in the prime of his career, the Chiefs should be a run-first team in the near future. Matt Cassel’s turnovers completely derailed the offense last season, and Smith can provide the Chiefs with efficient, mistake-free football.


Many Chiefs fans feel the team should draft a quarterback with its top overall draft pick, but this simply is not a good draft class for quarterbacks. The team could massively upgrade its offensive or defensive line with the firstoverall pick if it gets Smith in free agency, and then decide to draft a quarterback next year or in the later rounds of the draft. Kansas City could also sign Smith and still draft its quarterback of the future. Smith will likely be available for a decent price, and his presence would allow the Chiefs to bring along its new quarterback slowly.

One of the biggest mistakes Scott Pioli made during his reign of terror as Kansas City’s GM was not investing into the quarterback position apart from his initial signing of Matt Cassel. The Chiefs may or may draft their QB of the future in April, but either way, they should sign Alex Smith.

2013 NFL Draft - What If The Chiefs Don't Take A Quarterback With Their Top Pick? 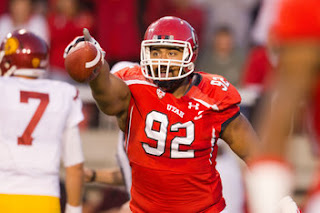 With only two games remaining in the 2012 NFL season, Kansas City is guaranteed to have one of the top two picks in the 2013 NFL draft and is a heavy favorite to land the top overall pick. Many draft experts feel the Chiefs will take a quarterback with their first-round pick, as the team desperately needs an upgrade over Matt Cassel and Brady Quinn.

While the Chiefs will certainly address the QB position this off-season, they may not do it via their top draft pick. Geno Smith and Matt Barkley are the consensus top two QBs in the draft, however many feel that both are not worthy of being the top pick in the draft. The combination of Smith and Barkley doesn’t appear to be in the same league of Andrew Luck and Robert Griffin III, the quarterbacks who went one-two last year and are both enjoying fantastic rookie seasons.

So what are the Chiefs’ choices? For starters, they could bring in a veteran QB for this season and take a shot on a QB later in the draft or wait until next year. Seattle used this strategy last off-season, signing veteran backup Matt Flynn from the Green Bay Packers and drafting Russell Wilson in the third round. Several veteran quarterbacks such as Alex Smith or Michael Vick will be looking for a new starting opportunity this off-season, and the Chiefs might feel better about grabbing one on a bargain deal and finding a QB later in the draft or taking a chance on one next season.

If the Chiefs do elect not to take Smith or Barkley at number one, they would have several options. First, they could attempt to trade down and a quire more picks, however it might be hard to find a suitor. The team could massively upgrade both its offensive or defensive line with Texas A&M OT Luke Joeckel, Utah DT Star Lotulelei, Ohio State DT Johnathan Hankins or Florida State DE Bjoern Werner. The team could also acquire a pass rusher, although this may be a lower priority with former pro bowler Tamba Hali and Justin Houston on the team (the latter has developed into a good NFL starter).

The question for the next Chiefs General Manager will be this: Is Smith or Barkley worth taking with the top pick in the draft? Chiefs fans will have to wait until the end of the season to see which direction the team is leaning.