Bush Tax Cuts…a different way to look at it. 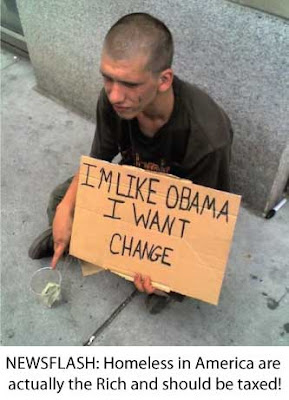 Most of the people who support taxing the Rich disproportionately higher than the rest of Americans have this mentality that the rich have too much and should share their wealth with the less fortunate through some kind of government taxation type social justice. Well I have two news flashes for you. The Rich already give money to the less fortunate…because they want to. And the second is that YOU (the people who think Americans making more than $250K per year) are rich compared to the poor in this country and compared to the Rich in many, many, many, many other countries. So what are YOU going to do to spread YOUR wealth with the rest of the world…or are their only poor people in America…or are you people who do not make over $250K per year just hypocrites?

I have been struggling with how to get anyone who isn’t in the $250K plus income range to see things differently as it relates to income tax, sales tax and many other messed up taxes. It has been a struggle (thus the struggling part). So here is what I propose and please let me know what you think. The poor in our country should be taxed 60% of their income (similar to how they would like to see the Rich taxed). So if a family of 4 makes $22,500/year (family of 4 poverty line), I suggest they give $13,500 of it to the government or a 3rd world country. That lets them take home $9,000 per year or $750 per month. Does that seem fair?

Can a poverty line family of four live on $750/month? Poverty line family of 4 people are rich compared to people living in other parts of the world…I mean REALLY rich. So should folks at or below the poverty line be forced to give away most of what they make to those who are less fortunate than they are? Does the government taking more of their hard earned dollar home than they do seem fair? So…poverty line Americans are Rich relative to many other countries so we should tax the hell out of them right? The truth is that poverty line poverty folks are RICH…filthy rich…right?

How about the middle class people out there? Let’s say a middle class family makes $80K per year (either a one income family or two parents making that income together). If we tax you at 60%, you now get to take home $32,000 per year or $2,670 per month. Can you live on that? Yes/No? Well how come the Poor can live on much less than that? Doesn’t that make you folks in the Middle class rich? I mean REALLY rich?…I would think so. So now that you have moved from the middle class to the Rich, 60% of your income should go to the government. Is that fair? How about 70% or 80%? When does it end and when is enough, enough?

The same thing should apply with the homeless guy in the United States. I say we put an IRS agent on every street corner to make sure that $.60 of every dollar someone gives them for cleaning a windshield is taken away and given to the IRS agent. Make sense? Even the homeless in America are better off than the majority of the poorest in 3rd world countries…and I don’t think anybody wants to be homeless…I know I sure don’t. But since the homeless are now the Rich, don’t we have a social justice responsibility to tax them into feeling as crappy about themselves as the jack wagons who believe that because someone has more than they do, they should be punished?

How about a different approach… do you think the life of the family of 4 poverty line person would be better or worse if they had an extra $13,500 to spend a year (which would be an extra $1,250 per month)? Hmmm…$750/month taxed at 60% versus $1,875/month not taxed at all, to live life….which one is better? How about the middle income family? Could they use the extra money? Oh wait…the middle income family is actually the Rich compared to the rest of the world…so never mind.

So I guess my point is that now that you middle income, lower income, and homeless people are now the Rich, does it seem fair to tax you at 60%...or 70%...or 80% like some folks would like? Would you like it? Because the truth is that YOU are the rich ones. How does it feel? Do you like it? I mean if someone walked in your door tomorrow and took 60% or more of your stuff just because you had more than they did. Yes…this could be the homeless guy looking at the poverty line family of 4…give me 60% because you have more than I do and since I, the homeless guy, am suffering, you need to suffer too.

Is it crazy yet? This is exactly what is happening today with the discussion around the Bush Tax Cuts expiring. Instead of looking at your brother and being envious of what he has that you don’t have, go to school, work harder, get a better job, start your own business, find a mentor, read every book you can find on getting ahead in life, find a business coach who will work with you for free, there are a thousand things you can do to improve your own situation…but bitching about someone else having more than you when you do nothing about it isn’t going to fix anything and supporting tax law/codes/legislation that punishes people who have more than you do…just because they have more than you do…is ridiculous. 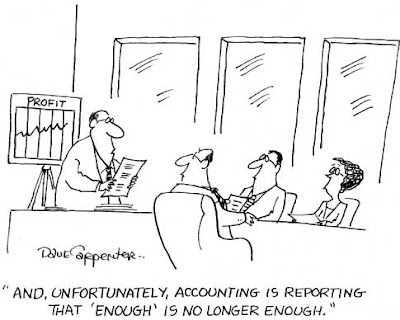 Here is my deal with you crazy liberals, you give me equal taxation and I will vote for gay marriage. Cool?
at 10:06 AM No comments: