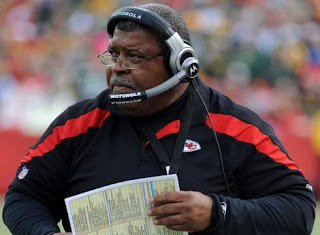 The Chiefs have finalized their 53 man roster, and recently signed eight of the players they had cut to the practice squad. This means that the team’s roster and depth chart is fully set for the start of the regular season, which begins this Sunday.

However, this list was not set in stone, and team has recently made some changes. Hemingway was cut, and Kansas City signed offensive lineman Rich Ranglin. The team is deep at wide receiver and could use some added depth to the offensive line, and Hemmingway found himself as the odd man out. Ranglin has spent the past three seasons in the Arena League, and won the league’s offensive lineman of the year award in 2011 with the Kansas City Command.

There were a few surprises regarding who made the team’s 53 man roster. The team decided to keep four tight ends, which may hint that the Chiefs plan on using a two tight-end set quite a bit this season. The decision to release DiMarco was also interesting, as Kansas City now has no true fullbacks on the roster. DiMarco’s release was likely due to the emergence of Nate Eachus, who ended up making the team as a running back. Eachus saw snaps at fullback in training camp, and ran well as a halfback during the preseason for Kansas City. The Chiefs ended up keeping four other running backs apart from Eachus – Jamaal Charles, Shaun Draughn, Peyton Hillis and Cyrus Gray.

The team also decided to keep third-string quarterback Ricky Stanzi, which has brought the Chiefs some criticism. Many teams only keep two quarterbacks on the active roster, and Stanzi’s inclusion takes up a roster spot that could be used where Kansas City lacks depth. Stanzi did not play well during the preseason, and many feel it is time for the team to cut ties with the former Iowa standout and begin developing another young quarterback.

Defensively, the biggest surprise is likely defensive back Tysyn Hartman, who played his college ball at Kansas State. Hartman’s inclusion means that the team currently has ten defensive backs on its roster. Tamba Hali, who is suspended for week one, does not count against the team’s current 53 man roster, which means the Chiefs will have to release one player when Hali returns. Many feel Hartman may be dropped, and the team will keep nine defensive backs.

Kansas City has placed quarterback Alex Tanney and defensive back De’Quan Menzie on injured reserve. Tanney has a hand injury, while Menzie has been battling a hip injury for several weeks.