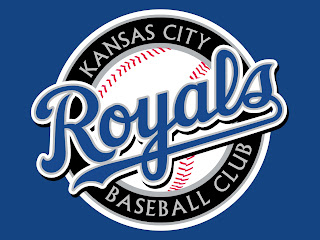 Gil Meche unexpectedly retired from the Royals on Tuesday leaving behind $12.4 Million for the final year on his five-year deal. His record was 29-39 with a 4.27 ERA in four seasons with Kansas City. He played 6 seasons prior to that with the Seattle Mariners before Royals General Manager Dayton Moore lured him away with a 5 year $55 million deal making him the highest paid player in Royals history.

It's unheard of for a player to retire and give up this much money, but Meche said he didn't feel it was right to take the money. He is coming off a sub par, injury riddled season that found him working out of the bullpen late in the year. Dayton Moore has said the club will not spend the $12 million on players this season, stating that he didn't see anything out there better than he already had. While I find that hard to believe looking at the Royals roster, it might be wise to spend the money next year when some of our good young talent is ready for the Bigs. What worries me is that Royals Owner David Glass will simply pocket the savings and not put the money into next year's payroll either.

With Zach Greinke gone, the talk at Royals Manager Ned Yost's press conference turned to who the opening day starter will be. Yost hinted that he was leaning toward former first round pick Luke Hochever. Hochever showed some improvement last year going 6-6 with a 4.81 ERA in 17starts. Not really opening day starter numbers are they? It's going to be a long summer at The K.
at 1:01 PM No comments: