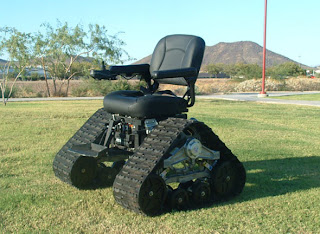 The Independence City Council has passed a new City Ordinance banning "Harassment" of people from vehicles. Sounds strange, but apparently there has been problems in the past with motorists throwing items such as drink cups, change and bottles at pedestrians and of all things, people in wheelchairs. People in Wheelchairs? Wow - that is really disgusting - you really have to be disturbed to throw something or yell at a person in a wheelchair. Of course, Independence isn't really known as the Mecca of class and sophistication. My questions is, how is this legal before the law. I understand Freedom of Speech, but isn't throwing items some kind of assault - or attempted assault? Do we really need another law on the books?
Independence is actually the third municipality in the State to enact such a law. Greenwood, MO (just south of Lee's Summit) and Columbia, MO already have similar laws on the books. Neither city can recall ever having a citation for an offence. A Columbia city council member even acknowledged that the law was really just a way to have a dialogue about the problem. What is our world coming to when we need to have a dialogue about harassing handicapped people? We don't need a dialogue - these people need their ass kicked.
at 10:51 AM No comments: