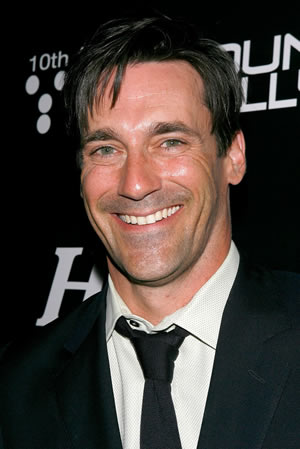 Jon Hamm has confirmed that he will be appearing in the 2012 MLB All Star Legends and Celebrity Softball game. The "Mad Men" star will be joined by other hollywood celebrities such as David Cook and Haley Reinhart from "American Idol."

The 2012 MLB All Star Legends and Celebrity Softball Game’s lineup has also been announced, and Royals’ fans will have an opportunity to see many past Kansas City greats take the field. Former players such as George Brett, Bo Jackson and Mike Sweeney will be among the many stars that will be on hand for the game. The game will take place on July 8th, and will be televised on July 9th following the Home Run Derby.