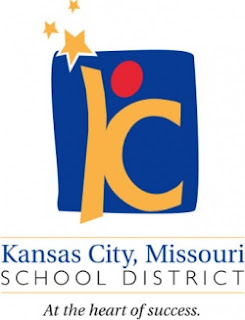 It's just another year in the steaming cesspool that we call the KCMO School District. Missouri Assessment Program (MAP) test scores were released this week, and once again KCMSD ranked last in the area. No small feat when you consider that Hickman Mills, Center, and Grandview are all in the area.

The tests rated 29.4% of KC School District students proficient in Communication Arts. I guess Ebonics wasn't tested, and no bonus points for felonies committed or sagging pants. 29.4% - are you kidding me? That is down from last year's 31.3%. Math scores were even worse. Only 27.9% of Kansas City students were at least proficient on Math. That is also down from 30.8% last year.

The Kansas City School District remains a laughing stock, and is virtually forgotten about by the white liberals and black race baiters who caused many of the district's problems going back to the desegregation mess that started in the mid 1980s. After 14 years and $2 billion the district did nothing to improve students learning, or integrate the district (from 1984 to 1997, roughly the time frame of the desegregation case, the percentage of black student population in the district rose from 73% to 80%). Almost 15 years later, we are still trying to figure out how to educate the children of this district. KCMSD now is working with a small percentage of the funds they had 15 years ago, and frantically trying to slash the budget just to get the district in the black. Who has time to figure out how to teach anyone?

But let's not forget the real problem, PC or not. The students come from homes that are, in many cases, a shambles. Education is not seen as important. If you speak proper English, you are "acting white" and homes without fathers are more prevalent than ones with fathers. Until black leaders stop placing blame elsewhere, things are unlikely to change.
at 11:53 AM No comments: